The event allowed visitors to explore the galleries and talk to curators, and it renewed the close partnership between the museums and the Cambridge community. Not only was the event free to residents, but those who live in the city can access the museums’ resources—including the Art Study Center—anytime, without the purchase of gallery admission.

Thomas Lentz, the museums’ Elizabeth and John Moors Cabot Director, and Jeffrey Young, superintendent of Cambridge Public Schools, addressed the crowd. Lentz emphasized that the aim of the museums is to be anything but a “closed academic bunker”; it is to provide transparency, openness, and accessibility to all. He pointed out that the museums foster learning by encouraging slow, close looking at original works of art and by creating a space for visitors to share their perspectives and learn from one another.

In his remarks, Young spoke of how much the museums will offer local students, joking that the museums are the “wonderful new annex to the Cambridge Rindge and Latin School.”

Later, Cambridge artist Diane Norris underscored that point, saying that her daughter, a Rindge and Latin student, is excited about going to the museums. She is looking forward both to reading Latin from the ancient Roman works in the collections and to sketching objects in the galleries.

Cambridge resident Hope Kelley was thrilled to see the three museums—the Fogg, Busch-Reisinger, and Arthur M. Sackler Museums—in one building, because it ensures that there is “a bit of art for everyone.” Architect and artist Charles Norris made a similar point, noting that “while the old Fogg [Museum] required that you know your way around to find specific works of art, the new building is transparent and open; you know that you have access to everything.”

The courtyard’s warm, bright acoustics were perfectly suited for the musical performances throughout the day. Many performances were by Harvard student musical groups, and were organized in collaboration with the Office for the Arts. Jose Mateo, a former Harvard Art Museums employee and founder of Cambridge’s Jose Mateo Ballet Theatre, observed that the space of the courtyard is ideal for dancing.

The relationship between the museums and the community is certainly reciprocal, and this is reflected even in the design of the building. As Charles Norris pointed out, windows and glass walls not only make some works visible from the outside, but they also frame views of Cambridge from within, serving as a constant reminder of the surrounding community.

Pigment Collection Colors All Aspects of the Museums

Only a small portion of our famous Forbes Pigment Collection is on display. But its influence is felt throughout the museums every day.

Getting Technical: Prints and Drawings Workshop at the Museums

During a recent Getty Foundation–funded workshop, participants from institutions around the world joined experts from the Harvard Art Museums and beyond to learn about the collaborative stewardship of collections. 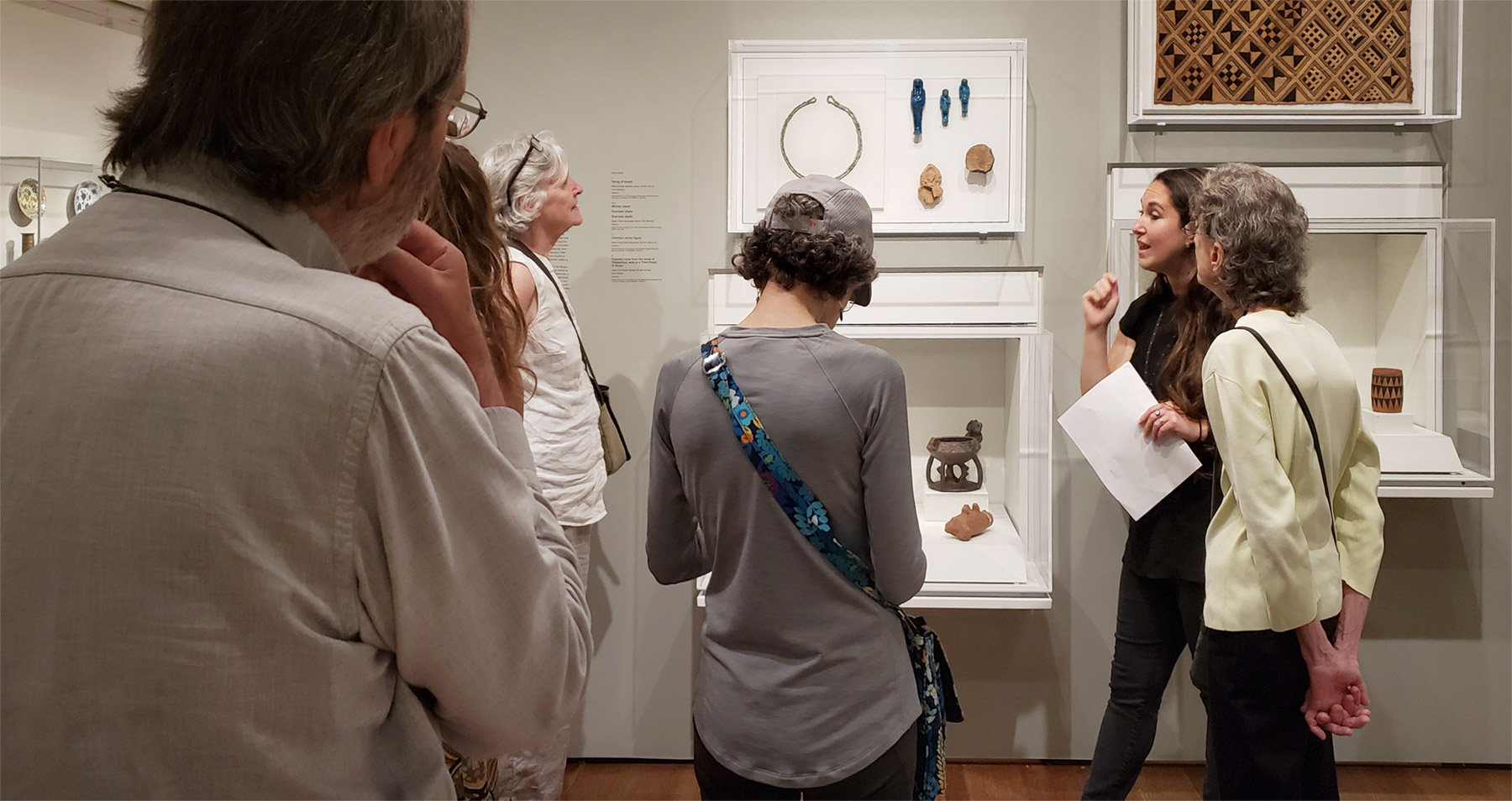 In Gallery Talks, Creativity and Collaboration on Display

From “Introduction to the Dark Arts” to “Red, White, and Blue,” unconventional gallery talks showcase our fellows’ creativity.